– I?m going to give it to you straight?I?ve crashed a client?s website!!! It was down for a complete 45 minutes. MY CLIENTS COULDN?T HAVE BEEN HAPPIER. Seriously!

After reading that, you probably think we?re some type of sadists. Or that our clients regularly accept failure. Neither are true. They instead embrace that great success can cause unforeseen problems, who wouldn?t?

Here?s What We Did This particular client had an aging client base, and was looking to engage with young people for the first time through digital means and increase website traffic. A strength this client possessed was a solid reputation in the community and a good traditional TV presence.

We came up with the idea to hold a contest, with the winner being able to write, shoot and produce a commercial on us. It seemed simple enough. All that we asked, is that entrants shoot their own commercial at home. We then put the best entries online, and opened the page up to voting.

Here?s how we promoted:

The Calm before the Storm To be honest the, first part of the contest was quiet. We received a steady stream of entries. There were occasional calls and emails to answer?but otherwise nothing to write home about.

Then, we opened the contest for voting. The traffic exploded. We had nearly 60,000 page views in this period, the increase in website traffic more than doubled. Our average time on-site also rose dramatically by more than a minute during this time.

And then things got really crazy. The entrants were pulling out all the stops for the chance to win. Suddenly there were stories in the local paper about these entrants fighting it out, there were even some entrants walking the streets of downtown St. Louis asking strangers to vote for them. In fact, the frenzy became so over the top, a marketing publication even wrote a story about it.

Where was I? Oh yes, the last morning of the contest. Things were tight between the top two entries, less than a thousand votes. As we pulled into the last hour?the website started slowing. And slowing. And then, nothing. We were hit with a denial of service from all of the traffic. This continued right up to the last minute.

You know that scene in Anchor Man, when Baxter the dog poops in the refrigerator? Telling the client was kind of like that. They couldn?t be mad, we knocked it out of the park. What could they say, you did too good of a job! The promotion and unprecedented website traffic were unwelcomed! Not.

When we first presented the idea for the promotion, the client had reservations. They knew what they wanted, but it meant doing something kind of crazy. Something out of their comfort zone.

And in this case, they had a ton of people making videos about their brand?they didn?t have full control.

All in all, the contest was an amazing success. Social media interaction with the contestants rose, and year over year website traffic continues to grow. 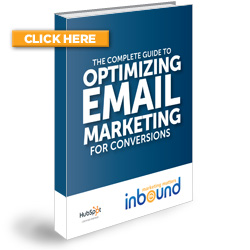 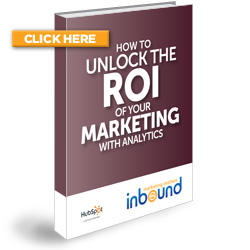